My initial training in counselling had been a 2 year part-time course with Frank Lake’s Clinical Theology Association in 1976/7. While a headteacher in special education I undertook a further course in counselling but after 2 years I left this in dissatisfaction at what we were being offered. After my retirement from education, I trained in massage with Sean Doherty. Following this I grasped the opportunity to follow a 3-year training in Post-Reichian Body-Centred Psychotherapy with Sean and with Silke Ziehl. This method is called Energetic Integration, the creation of the late Jack Painter from California; EI is recognised by the European Association of Body-Psychotherapy as a free-standing form of therapy. In 1995 I was invited to join the team of therapists at the Cavendish Centre for Cancer Care in Sheffield; at the same time I started my private practice. I helped to run the Northern Massage Association, an organisation for the professional support of massage practitioners. Postgraduate work in craniosacral therapy that I undertook has been of deepening significance in my work. In 2001 I was introduced to the Hakomi Method. I helped to set up and for some years manage the trainings in the Hakomi Method in Britain. I had the privilege of being taught by Ron Kurtz, by his senior trainers from Canada and Flint Sparks from Texas. 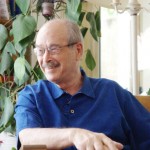 From 2007 onwards I made several visits to Ashland, Oregon, to spend time with Ron Kurtz,  creator of Hakomi, initially as a student and latterly as an assistant on his trainings. It was from him that in 2007 I received my certification as a Practitioner and, two years later, as a Teacher of Hakomi. Sadly Ron died in January 2011. I am thankful I was free to attend his Memorial Service; my membership of the Hakomi Community in Ashland is dear to me.  In some years subsequently I assisted on the Deepening Hakomi training that Bob Milone and Marcia Burton run on Salt Spring Island BC.

I am registered with the Hakomi Institute (US) and I am Accredited as a Body Psychotherapist with the European Association for Body-Psychotherapy (EABP).

In addition to deepening my skills  in Hakomi I undertook training in Emotional Freedom Technique (EFT) valuing the technique but deciding not to go for qualification. 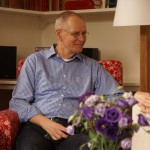 Since 2009 I have regularly attended the retreats which Flint as a Zen priest has conducted in Switzerland and in Cumbria. The practice of Mindfulness underpins my teaching and my work.

On my own personal journey I discovered the place of  expressive work in therapy and in personal development through courses and retreats with Chloë Goodchild, the inspirational creator of Naked Voice and with members of her team of Naked Voice Facilitators. 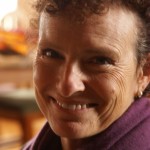 Most important of all,  for the last 13 years,  I have been working with the American poet, therapist and soul teacher Kim Rosen..  This started with attending her annual retreats in County Mayo. The ongoing work over the subsequent years – retreats, annual online Soul Schools, workshops arranged here in Sheffield, the 3 weeks of training in delivering  Breathwork sessions , as well as supervision, mentoring and deep mutual friendship have all been utterly life-changing. I have spent several precious weeks with Kim assisting her on her retreats in California.  The work initially centred on poetry as a channel for transformation; now I can think of no better term to describe it than a Soul School.  I see my own position as that of an elder, apprenticing other elders as well as some amazing younger leaders, in a world that desperately needs elderhood and leadership.  I seem to find I am chosen as an ally to women who are taking on the mantle of explorers and guides in the realm of the divine feminine.

I am homoured to be one of Kim’s core team.  Together we have built an international fellowship that is transformational unlike any other experience in my life.   Working with Kim has led to new ways of working as therapist and teacher.  It has fed the ways I relate in other communities to which I belong.

My learning journey has been about so much more than training courses, success and achievement. I recognise that what I bring to this work is also what I have learned though other life experiences – failures, mistakes, disappointments, setbacks and defeats as well as those times when all has gone well. There have been many times when I have been given more learning as a therapist (as well as personally), through my own journey, than any courses could possibly have provided. This truth does not appear on any certificate but it needs to be said!